Business as usual at Sigma Australia

We continue to operate our warehouses at full capacity with safety
and sanitary procedures in place to minimise risks.

Our employees are determined to continue serving our customers.

Thank you for your continued support - stay safe. 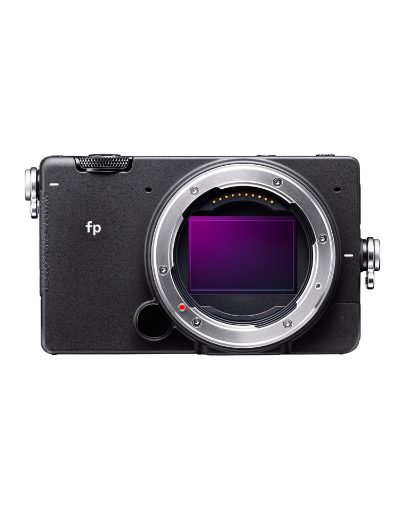 Electronic Shutter for a Variety of Settings

A function formerly available only in SIGMA Photo Pro, SIGMA's proprietary image development software, Fill Light has now been incorporated into the body of SIGMA fp. Using Fill Light allows adjustment of the brightness of an image by adding extra light energy into the shadow regions without altering the exposure of highlight regions. This provides greater control in producing an image with great details, even with areas that are hard to control using the exposure adjustment settings.

The adjustment range, which was formerly ±2.0, has been expanded to ±5.0, making it possible to fine-tune the brightness even more.

The Tone Control menu now has a manual setting option in addition to the two auto options available in previous models (Strong/Mild), which allows users to adjust the tone curve by themselves.

The SIGMA fp is also the first SIGMA camera to come with an "effect" slider in its color mode menu. It can be used to set the strength of an effect to apply in 11 levels, from -5 to +5, which enables the fine-tune of the color mode.

It has also newly introduced "TONE" and "COLOR" buttons for a quick access to the tone control and color mode menus. With these enhancd functions and a variety of operation elements, the SIGMA fp makes it simple and easy to create an image, in-camera with great details, be it still or video.

To coincide with the announcement of the SIGMA fp, SIGMA announced three new lenses: 45mm F2.8 DG DN | Contemporary, 35mm F1.2 DG DN | Art, and 14–24mm F2.8 DG DN | Art. Making the most of the optical and mechanical design advantages of a short flange back, each of them is a unique mirrorless lens with high performance and distinctive characteristics.

The SIGMA MOUNT CONVERTER MC-21 is a converter that enables the use of the SIGMA SA mount and SIGMA's CANON EF mount interchangeable lenses on L-Mount cameras. Use of the MC-21 increases the compatibility and broadens the choice for L-Mount cameras and lenses, thus greatly enhancing the scalability of the L-Mount system.

The SIGMA fp's Cine mode comes with a variety of special functions that are comparable to those of professional cinema cameras. From shutter angle display and waveform display for exposure and color information, to zebra patterning, it comes with the functions and screen displays that can be used in the same way as with conventional cinema equipment.

Back to the top

*A $6.00 monthly account fee applies. Pay your balance by the due date (the end of next month) and we'll waive the fee.
See full Ts & Cs